An Introduction to Big Data

Big data is a buzzword, or one can say it’s a catch-phrase, which can be used to describe a huge volume of structured, unstructured, text, images, audio, video, log files, emails, simulations, 3D models, military surveillance, e-commerce and so on that is so massive that it's difficult to process using traditional database and software techniques. In most enterprise scenarios the data is too big or it moves too fast or it exceeds current processing capacity. Big data is nothing but a synonym of a huge and complex data that it becomes very tiresome, difficult or slow to collect, store, sort, process, retrieve and analyze it with the help of any existing relational database management tools or traditional data processing techniques. Big Data usually includes data sets with sizes beyond the ability of commonly used software tools to capture, curate, manage, and process the data within a tolerable elapsed time.

Some examples of Big Data:

How fast data is increasing:

Carefully look the picture which explains us “what happens in every 60 seconds on the internet“. By this we can understand how much data being generated in a second, a minute, a day or a year and how exponentially it is generating. As per the analysis by TechNewsDaily we might generate more than 8 Zettabytes of data by 2015. 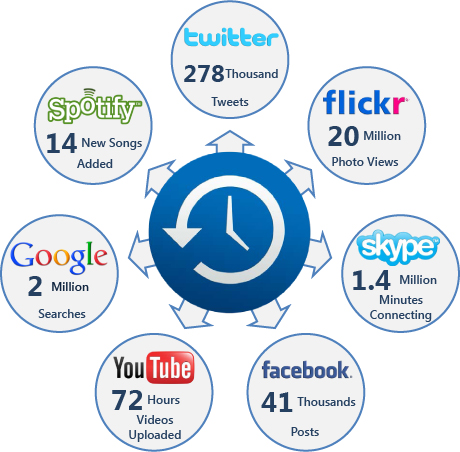 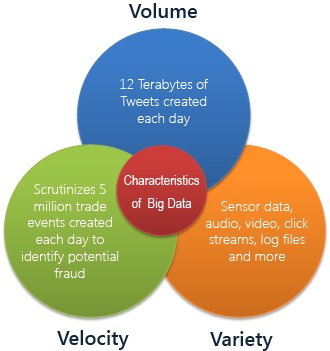 Traditional systems build within the company for handling the relational databases may not be able to support/scale as data generating with high volume, velocity and variety of data.

How Big Data handles the above problems: